You don’t have because you don’t ask God. James 4:2

All you need to do in order to start God speaking is fix your attention on Him first thing in the morning. Look up at the ceiling and say: Lord, speak. I’m listening. If your own noisy, feverish ideas have subsided enough, there often begins to flow a gentle rain of ideas fresh with the clean flavor of heaven. – Frank Laubach

When I read the above quote by Mr. Laubach, I decided to ask God to do that for me. I wanted to join God in what he was doing in the world.  I’ll have you know that is a dangerous prayer. Don’t pray that prayer unless you are willing to do it.

When I got up in the morning, I said, “God, help me. Help me be present to what you are doing today.”

The very day I started praying that prayer, God might has well have put a pulsing neon sign over a guy saying, “Here you go, big fella.”

It happened as I was in the Oakland airport flying home to Seattle. As I was getting ready to board a Southwest Airline flight, I noticed a young man with white bell bottom pants and a dark blue wool Pea Coat on. He obviously was in the Navy. He had a cell phone to his ear and had his head pulled down into his coat like a turtle trying to pull its head into its shell. His face was contorted, his knuckles were white as he gripped the phone. He was crying; in fact, sobbing into the phone.

I normally try to send out signals to everyone on a plane that I do NOT want to be approached on a flight. I put my headphones on and shoot the stink eye at everyone. Sometimes I get a Bible out and set on the seat beside me. Leave me alone! I had full intentions of doing that on this flight as well, but God said do different. God said, “Joe, be present for this guy.”

As I boarded the plane I said to Lord, “Jesus, I am tired and more grumpy than usual. I am not a good candidate to help this guy, but if you want me to do something, then when I get on board let there be an open seat next to him. I felt comfortable with this plea. The sailor was in group A and I was in group Z. Southwest does open seating, so chances are the seat next to him would be taken.

I started down the aisle and there he was and guess what…there was not one, but two open seats next to the sailorman.

I sat down beside him. When we got air born, I started a conversation with him. Said he was about to be deployed on the USS Abraham Lincoln for 3-4 months and he was leaving his new bride. As he told me this his eyes began to brim with tears. We talked some more about his home town, his hobbies, his favorite football team—and the entire time I was whispering to the Holy Spirit how I was supposed to spiritually help this guy.

As we approached our descent into SeaTac airport, he seemed to be getting more apprehensive and told him he was going to be okay. Then we landed and deplaned and I walked with him down the concourse with his duffle bag over his shoulder. Just at the escalators to go down to baggage, I stopped him and said, “Nick, would you mind if I prayed for you?”

He allowed that it was Okay. I said, “How about right here and now.” He sheepishly nodded. I laid my hand on his shoulder and prayed a prayer that only he and Jesus could hear as people walked by us like water flowing around a boulder in a river.
When he looked up, he had tears running down his face and said, “Thank you, Joe. God must have put you on that plane just for me. I will never forget this.” 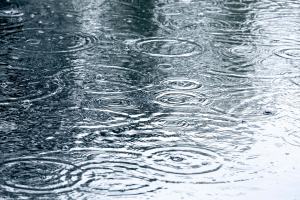 I lived in Seattle at that time where it rains as a matter of course, but that night as I crawled in bed, I knew something of a different king of rain; a gentle rain of ideas fresh with the clean flavor of heaven.

And I prayed, “God, I did what you asked. I joined you in the work you were doing today.”

Then I spoke Nick’s name one more time to the Father and fell asleep.

I am the beloved of the Most High God. I am an avid reader and writer and have been a continuous learner since my college studies in Ancient Literature and English. I live at the base of Mount Princeton in the Colorado Rockies with my wife of over three decades. I believe I have been put here to tell people that God is not mad at them and to show them the way Home. I am the father of three sons, three beautiful daughters-in-law and four grandchildren. I love to read, tell stories, and spend time in the wilderness.
View all posts by Joe Chambers →
This entry was posted in Uncategorized and tagged Christian maturity, grace, ministry, peace, Restoration. Bookmark the permalink.