When I was a boy there was a girl; her name was Mary Patterson.  She was tall, which was important to me, with dark brown hair to the middle of her back.  Her bright smile dazzled me.

When she laughed she had a way of throwing her head back as if to let the joy of her soul escape to the sky.  She mostly wore dresses to school and tall socks that came up to her knees.  Oh, those socks…man those were some fine socks.  She had the best knee-high socks in 8th grade. (if you know what I mean)

I loved her.  She was the only one for me.  When she walked by my desk, I caught the faint waft of Prell shampoo.  She made my knees weak, my mouth dry, and my palms sweat.  Words, phrases and whole sentences betrayed me.  I opened my mouth to speak and nothing but air would come out.  She would just smile, toss her hair over her shoulder, and walk on by.  All I had was the scent of Prell.

My best friend, Tim Peggram, had a girlfriend at the time, Connie Schlosser, and we wanted to double date to the Valentine’s Day Sweetheart banquet.  Well, the only one for me to ask was Mary.  It took me a long time to get the courage to pass the note in class.  She was pretty good friends with Connie, so the three of us felt I had a chance at her agreeing to go with me. She could at least talk with Connie if my mouth went AWOL again.

I sent the note before lunch and got a response after lunch.  The note was folded so tightly you would have thought it held national secrets.  It was slipped to me with the slight of hand and secrecy that only happens in the CIA and junior high.  I was almost too afraid to open it.  Not knowing was better than being turned down.  Tim kept bugging me, “Open it, you big baby.”  Sure he had a girlfriend.  That was easy for him to say.  I needed this moment of suspense.  Finally, he threatened to ask her in front of the entire class what her answer was. That did it. I opened it, carefully unfolding the note as if it were some ancient treasure map.

There in black and white in her delicately flared handwriting, was her answer…YES! (Okay, I added the caps and exclamation point, but it’s my story, so leave me alone.)

You can’t imagine what that did to my 8th-grade self-esteem.  Walking down the hall after that, I had a walk.  It was the walk of a man who had the girl of his dreams.

We all went to the Sweetheart Banquet.  It went well.  My mouth did not fail me.  We all talked and laughed and laughed.  What a great time.  That was the happiest day of my short life.

The banquet was on Saturday night.  At school on Monday morning, I got another note from my future wife, Mary Patterson; she was breaking up with me.  I was devastated.  I wrote a terse little note back asking why.  She wrote back saying, “I want to go out with older boys.  Besides I don’t really get you…kind of goofy.”

That was my first experience with unrequited love.  Not the last…but certainly, the one that hurt the most.  Donnie Osmond had a song out at this time called Puppy Love.  My love may have only been puppy love, but it was real to this puppy.

What do you do with unrequited love?  Ever think that God’s love was unrequited? How do you get a date with someone who doesn’t even know you exist?

The best way is an introduction.  Like having a friend pass a note to see if the girl of your dreams is interested in going to a Sweetheart Banquet with you.   As far as God is concerned, the Old Testament prophets were the introducers.

“Therefore the Lord himself will give you a sign: The virgin will be with child and will give birth to a son and will call him Immanuel.”    Isaiah 7:14

“For a child is born to us, a son is given to us.  And the government will rest on his shoulders.  These will be his royal titles: Wonderful Counselor, Mighty God, Everlasting Father, Prince of Peace.”    Isaiah 9:6

“But you, O Bethlehem, are only a small village in Judah.  Yet a ruler of Israel will come from you, one whose origins are from the distant past.”      Micah 5:2

It’s an old movie plot.  The woman is a minor actress in a play or a dancer in a musical.  Her secret admirer sits in the audience every night.  Night after night she receives a dozen roses with no name attached, just a card that reads “From a secret admirer.”  She wonders who he could be, dreams of what he looks like; she thinks of him often.  And then finally he asks her to dinner, and they fall in love and live happily ever after. 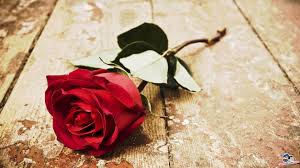 That is what God has done.  We didn’t know Him, but He was watching us.  He knew us and loved us.   He sent roses.  Sometimes those roses were the prophets.  Sometimes He whispered His love in the trees and the sunsets and in the laughter of children.

And then at Christmas, God signed the card.

I am the beloved of the Most High God. I am an avid reader and writer and have been a continuous learner since my college studies in Ancient Literature and English. I live at the base of Mount Princeton in the Colorado Rockies with my wife of over three decades. I believe I have been put here to tell people that God is not mad at them and to show them the way Home. I am the father of three sons, three beautiful daughters-in-law and four grandchildren. I love to read, tell stories, and spend time in the wilderness.
View all posts by Joe Chambers →
This entry was posted in Uncategorized and tagged Christmas, Jesus, Junior High, Love, Puppy Love, Sweetheart Banquet, Westcliffe. Bookmark the permalink.