A pretty girl started coming to our church when I was a sophomore in high school and I asked her out. We began dating. She said she had recently broken up with the school thug. Said that it was over; said she was free to date who ever she wanted. She was wrong.

A few days later I was walking down the hallways towards the parking lot to drive home when my brother saw me and grabbed my arm to say, “He’s out in the parking lot. He’s waiting for you. He’s going to kill you.”

Walking through the parking lot didn’t seem like such a good idea. That’s where many fights occurred in our school. I had even seen a knife fight out there.

“I’m going to the library,” I told my brother.

“What? You never go to the library.”

I stayed in the library for a couple of hours. I eventually snuck out to the front door of the school and could see that the parking lot was empty and the threat was gone. I waited for my father to arrive.

That evening I went to work at Burger King where he showed up there to drag me out into the parking lot and beat the fool out of me. The manager had been an all-state heavy weight wrestler and he jumped over the front counter and told my enemy that he couldn’t have it his way today.

A few weeks later I was with her at a basketball game when he showed up and stood at the exit. She leaned over to me and asked if she could go talk to him. Two things flashed in my seventeen year old mind: One, why was she asking permission to go talk to anyone? Second, yes, by all means, go talk to the guy.

After their conversation he stepped out through the exit; she came back and sat beside me. Trying to act cool and not scared spitless—I didn’t even ask her what they talked about, I just watched the game and when it was over and we walked out of the gym. Just outside, leaning against the brick wall, was my enemy. My girlfriend was on my arm and, dadgummit, I was going to walk her to my car and finish our date. No one was going to run interference for me out here in the parking lot now.

I glanced at him, nodded my head, and kept walking. We were parallel with him, then a little past him, and all the while I kept thinking I was going to be jumped from behind. It never happened. We got in my car and drove off and enjoyed our date. I never had issues with him again.

Much later I found out two things: One, he went to prison for cutting a man’s throat during a drug deal gone bad. Second, he thought I looked like Charles Manson and that’s why he always hesitated to fight me. 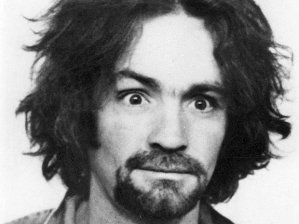 Do you have an enemy?

On the eastern shores of Galilee Jesus encounters a man who had an enemy that was much stronger than he was. He is a creature you would probably meet only in your worst nightmares, if even there. He is a man possessed with demons. They drive him to violence. They drive him to cry out like a wild dog howling in the night. They drive him to the solitary places—in the hills, among the tombs.

There he acts like a rabid animal, living on the ragged, outer fringe of humanity. Luke tells us that it has been a long time since he’s worn clothes or lived in a house. There are no houses in Palestine for men like him. No hospitals. No asylums. He has no place to go…his only refuge are the holes dug in the hillside, used to bury the dead.

His hair is a matted tangle of filth. His body is scarred white around his wrists and ankles where manacles once tried to restrain him. He is covered with scares from self-inflicted wounds. He barely resembles a human. How did the image of God become so marred and defaced? How did he get to where he is now? How did he end here—his only home, a tomb; his only companions, demons?

We don’t know…but now his body is a beachhead for Satan. And it is onto this beachhead that Jesus now lands.

Jesus is so much stronger than our strongest enemy. And on those chalky hills that day ‘Legion’ was restored.  He was integrated again.  All because of his encounter with the one who made him.

I don’t know who your enemy is—it might be the school bully, your boss, or even your self-destructive tendencies. But here’s what I do know: The Lord of the Mercy is your best protector from your enemy.

Tell God on your enemy.

I am the beloved of the Most High God. I am an avid reader and writer and have been a continuous learner since my college studies in Ancient Literature and English. I live at the base of Mount Princeton in the Colorado Rockies with my wife of over three decades. I believe I have been put here to tell people that God is not mad at them and to show them the way Home. I am the father of three sons, three beautiful daughters-in-law and four grandchildren. I love to read, tell stories, and spend time in the wilderness.
View all posts by Joe Chambers →
This entry was posted in Uncategorized and tagged Bullies, Charles Manson, demons, Enemies, Jesus, Mercy. Bookmark the permalink.