Your Bones Are Showing

When my father came over here penniless with $100 sewn into his underwear, thank God some well-meaning liberal didn’t come put his arm around him and say, ‘Let me take care of you.’ ~Senator Ted Cruz

Being a liberal is the best thing on earth you can be. You are welcoming to everyone when you’re a liberal. You do not have a small mind… I’m total, total, total liberal and proud of it. I’m a total Democrat. I’m anti-Republican. And it’s only fair that you know it. I’m liberal… The ‘L’ word!~ Lauren Bacall

Structure is so important to the security of our lives.  We build a solid footing and foundation upon which we build our houses that provide us hearth and home. We establish laws and social norms to give us a sense of order in which we can connect, relate, and respect fellow human beings.  We have fundamental principles that must be understood and adhered to in order to fly through the skies.  There are grammatical rules, mathematic rules, and spiritual rules. Writing stories have structure: Beginning, middle and end. 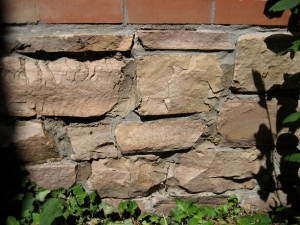 I heard a preaching professor say one time that structure and outlines were very important for a strong sermon.  They are the skeleton upon which you will attach ligaments, cartilage, and muscle. A human body without a skeletal system is weak and anemic. A skeletal structure is life-critical to the human body.  Without is we are a blob of mushy flesh, liquid and organs.

But, he went on to say, that while the skeletal structure is essential if you can count the bones it is a sign of a weak and unhealthy body.  Something is amiss.  We don’t want to see the bones, but those bones are essential to a healthy body.  The same is true of a sermon.  If the first thing we see are the “bones”—the outline, if that is the most impressive part of a sermon, then it is a sermon that is devoid of strength and the ability to go anywhere. And, ultimately, it won’t produce life in the hearer.

I’ve not always adhered to that guidance and when I failed to do so, when my outlines were the focus of my sermons or even my essays—they have been emaciated efforts of persuasion.

I wonder if that principle of stealth structure might be wise when it comes to one’s political or theological positions. When a person’s Calvinsim or Dispensationalism is so patently obvious to those who read or listen, perhaps too much attention is being paid to that “ism.” Within the larger community of faith those isms are reduced to preaching to the choir at best and theological propaganda at worst. Their theological skeleton is on full display.

In our increasingly polarizing post-Christian culture I feel the same could be true of our politics.  When I listen to a speaker, or read an author, or even peruse social media and it is patently clear that the author is a liberal or conservative I wonder if they are paying too much attention to an ideology.

This is especially true of those who call themselves Christians. When I see a social media post or read an article from a Christian and I can clearly see the fundamentalism or the socialism throbbing on the page or the screen, I think that the author is letting his or her ideology drive their lives. Their political bones are poking through their thinly stretched Christian skin.

Anne Lamott is an example of a liberal Christian that wears her politics on her sleeve so much that it makes it hard for me to filter out her ideology to read some genuinely profound things from her acerbic pen. I think her “in your face” social liberalism and politics are sticking out so far that she is sometimes hard to take very seriously.

The same is true of James Dobson, Kirk Cameron and Cal Thomas on the fundamentalist side. I can’t hear them because they so shrill in my ear.

Jesus was subversive and ambiguous about politics.

Before Pilate he is deliberately ambiguous—it sounds even more ambiguous in the original language than the English translation.

What?  What kind of answer is that?  It is not a denial or an affirmation.

Think about what Jesus could have said:  “No.  No. No!  My movement is in no way political.  I am only a spiritual leader.  All I do is give people spiritual peace of mind and happiness in their personal life and what I am trying to do will have no impact on the political order.”

But He doesn’t say that.

He doesn’t say that.

Ask the Buddha, “Are you a political leader?”  Buddha would quickly answer, “No!”

Ask Mohamed, “Are you a political leader?”  Mohamed would quickly say, “Yes!”

Ask Jesus, “Are you a political leader?”  Jesus would say, “Yes and no.”

If you don’t see the difference, you don’t understand Christianity.

As this national election season approaches I am praying that those of us who say we follow the rabbi from Galilee might feed our souls with more and more of Him so that the propaganda of our theology and politics might not distract from who He is.

The world is aching for a structure.

I am the beloved of the Most High God. I am an avid reader and writer and have been a continuous learner since my college studies in Ancient Literature and English. I live at the base of Mount Princeton in the Colorado Rockies with my wife of over three decades. I believe I have been put here to tell people that God is not mad at them and to show them the way Home. I am the father of three sons, three beautiful daughters-in-law and four grandchildren. I love to read, tell stories, and spend time in the wilderness.
View all posts by Joe Chambers →
This entry was posted in Uncategorized and tagged Anne Lamott, Christian left, Christian right, Christianity, Conservative, Jesus, Liberal, political moderate, politics, Subversive, Ted Cruz. Bookmark the permalink.

1 Response to Your Bones Are Showing