Value above all Values

Now the word of the Lord came to Jonah…

When the Word of the Lord comes to anything, it is never the same.  In Genesis when the earth was a dark, soupy mess, the word of God came to that mess and formed this spinning blue planet we call Earth. When God decided to make mankind, He spoke and mankind was formed from the dust of the ground and placed on this beautiful  blue planet. And in the fullness of time, God comes to us in person and speaks our language in the person of His son, Jesus.

This was written to a group of people who had turned in on themselves and had forgotten who they were and why they were placed in that strategic part of the world. They mistakenly believed that because they were God’s chosen people that meant that they were His only people.  But God loved the Ninivites enough to warn them to change their wicked ways.  He needed a mouth-piece named Jonah.

That very first line in this little story tells us that we were created to find our purpose, meaning and our center in the living God and what He says to us.  God wants His voice to define and shape our lives. This story teaches us that the only secure foundation for us to build our lives on is God and what He says.

All of us are on a search for a word that defines and validates our existence. There will be one WORD that is like a hub in the spoke of our lives.  This “word” defines our values, which drive our behaviors and our passions.  This word will give our lives definition. It will be the foundation that we build the structure of our lives upon.

Tim Keller quotes entertainer Madonna in one of his books:

I have an iron will, and all of my will has always been to conquer some horrible feeling of inadequacy. . . I push past one spell of it and discover myself as a special human being, and then I get to another stage and think I’m mediocre and uninteresting. . . . Again and again. My drive in life is from this horrible fear of being mediocre. And that’s always pushing me, pushing me. Because even though I’ve become Somebody, I still have to prove I’m Somebody. My struggle has never ended and it probably never will.

That is more honest than you or I are often willing to be. Her value above all values is for people to think of her as interesting and special.

What is the ‘word’ for your life?

We are all driven for someone or something to define our existence: to say that you are worthwhile. What is that for you?  Some people believe if they get the right initials behind their name that they will finally be someone.  Others just know that if they achieve certain accomplishments in their career that they will fill that void deep inside.  Others rely on their physical attractiveness to feel special and noticed by someone significant.  Still others are aching for a significant person in their life to finally say, “Well done!”

None of these things are bad, the problem is that they are unstable. All of us are looking for a word to build our lives on and ultimately the only stable word to center your life upon is Word of the living God. The One who created you and formed you for Himself. 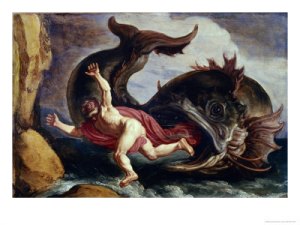 than God and what God says about him, and so he runs…

God has a word for you.

Slow down and listen, that word is probably behind you and if you won’t listen to the whisper, just keep running and you might find a storm.

I am the beloved of the Most High God. I am an avid reader and writer and have been a continuous learner since my college studies in Ancient Literature and English. I live at the base of Mount Princeton in the Colorado Rockies with my wife of over three decades. I believe I have been put here to tell people that God is not mad at them and to show them the way Home. I am the father of three sons, three beautiful daughters-in-law and four grandchildren. I love to read, tell stories, and spend time in the wilderness.
View all posts by Joe Chambers →
This entry was posted in Uncategorized and tagged Identity, Jonah, purpose, Value. Bookmark the permalink.