And I will pray the Father, and He will give you another Helper… I will not leave you orphans. —Jesus

I need help loving folks. You probably don’t, but I certainly do.

Many years ago, I was a corporate trainer, traveling from city to city teaching management and communication courses to businesses. I spent a lot of time in airports. Typically, after 6 hours of training on conflict management or assertive communication skills, my quota of words had been spent and my emotional tank was empty. That meant that I did NOT want to talk to anyone.

The thought of being seated beside a talker on a long flight home is my idea of hell. To mitigate that I would often begin my “Get off my lawn” scowl as I passed through security. I’ve been known, with one look, to put the fear of God in TSA officers. I would also put earbuds in my ears, which is a clear indicator that I am not to be spoken to.

So, in the Oakland airport, armed with a menacing stink eye and with earbuds firmly in place, I prepared to board my Southwest flight home to Seattle. Southwest does not assign seats. You get your choice of seats based on zones and the earlier you check in the better the zone. If you are in zone “C” you very well might get a middle seat. And because I am 6 feet four inches tall and none-of-your-business pounds, I don’t travel well in the middle seat, to say the least.

You might imagine on this day I had zone “C”. I am not a happy man.

As I am waiting to board, I notice a young man who had white bellbottom pants on and wearing a navy-blue pea coat. A large khaki duffle bag lay at his feet. He is talking on a cell phone and tears are streaming down his face. I deduced that he was about to be deployed from Bremerton Naval station up near Seattle on a ship that would take him out to sea for several months. He was saying goodbye to someone he loved. He hung up his phone and began to sob as he pulled the high collar of his pea coat up around his face.

I sighed deeply and heard a pestering Voice say to me,

“That boy needs someone to minister to him.”

“I’m not a pastor anymore,” I thought.

“I’ve worked very hard all day and have no more words or energy.”

“Your meat is to do the will of the Father,” the Voice said.

“He probably doesn’t want some stranger talking to him in such a vulnerable state!”

“Love suffers long and is kind,” the Voice said.

“He that knoweth to do good, and doeth it not, to him it is sin,” the Voice said.

“I will dwell with you and will be in you,” the Voice said.

“Okay, okay,” I said. If he gets on the plane and no one is sitting beside him I will sit beside him and see if I can help.

The voice on the PA system called for zone “A” to board and he got up and made his way to the plane. I smiled because I am in zone “C” on a very full flight.

I felt good. I had submitted to the pestering voice in my conscience and at the same time that guy is in zone “A” and I am in zone “C”—what are the odds that an open seat would be beside him?  More than a little smugness came into my heart.

As I walked down the aisle to find any non-middle seat I could, I saw the sailor sitting in a window seat—with a middle seat next to him open.

I remembered my promise to the pestering voice that if there were an open seat next to him, I’d sit there.

I sat beside him and as the plane leveled off at cruising altitude I asked him his name and we chatted for a while. His name was Nick; he was newly married and his wife was pregnant. She was going to have his baby while he was at sea. She was all alone in the bay area and he was worried about her.

I asked him other questions about his home town, his interests, his favorite sports teams, (I was relieved to discover he was not an Oakland Raiders fan. #decencymatters) hobbies. He talked and talked and talked.

We landed and I walked with him towards baggage claim and his weeping returned. As we walked together, I told him that SeaTac had a chapel and the USO also had a kiosk. He thanked me.

I started to walk away and looked back to see Nick standing there unsure of where to go next and what to do. He looked as lost as a puppy without it’s mama. I went back and stood in front of him and said, “Nick, Jesus loves you very much. If you will call upon him while at sea, He will never leave you alone.”  Nick nodded his head.

He nodded his head.

I placed my hand on his shoulder and said a prayer of blessing and protection over him, his wife, and child—as a sea of humanity swirled all around us.

After the prayer, I hugged him and walked away. 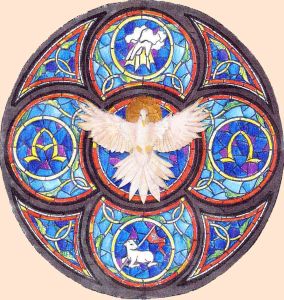 As I made my way to my car, you know what? I felt empowered. I felt fresh and energized. My steps were lighter. My heart was full.”

The play write, Arthur Miller described his wife, Marilyn Monroe’s, ability to walk into a room filled with people and point out the folks in the room who grew up in an orphanage. She’d say, “There is a pain and loneliness in the eyes that is absent in all of the other eyes. I know who grew up without love.”

That might be true of some of you. Would you allow Jesus to look you in the eyes, like He did His friends 2,000 years ago, and receive these words, “I will not leave you orphaned. I am coming to you”?

I am the beloved of the Most High God. I am an avid reader and writer and have been a continuous learner since my college studies in Ancient Literature and English. I live at the base of Mount Princeton in the Colorado Rockies with my wife of over three decades. I believe I have been put here to tell people that God is not mad at them and to show them the way Home. I am the father of three sons, three beautiful daughters-in-law and four grandchildren. I love to read, tell stories, and spend time in the wilderness.
View all posts by Joe Chambers →
This entry was posted in Uncategorized and tagged Christian maturity, Holy Spirit, Jesus, Love, soul formation. Bookmark the permalink.

2 Responses to The Spirit