The Mouth of a Fool

When words are many, transgression is not lacking, but the prudent are restrained in speech. Proverbs 10:19

Look back on your years as far back as you can. What were the most breathtaking, exhilarating, emotion-producing 300 seconds you ever experienced?

I think I could make a good case that if you’d been able to talk about it at the time, the most exciting five minutes of your life would be the very first five. After nine months of darkness and isolation, you discover there’s a whole world out there full of colors and tastes and sounds and sensations and other people. You discover you’ve entered into a realm beyond your wildest imaginings.

I think if you could have talked you would have said something like, “Mom, Dad, I had no idea! I actually had some reservations about leaving the womb. But now I see that this is a much better arrangement. I wouldn’t have missed this for anything.” It’s very possible that the most exciting five minutes of your life were the first five minutes after you were born. It’s just been all downhill ever since those five minutes.

But I believe that’s nothing compared to what’s to come. I think the most amazing five minutes you will ever experience will be the first five minutes after you die.

For centuries, the brightest minds that have ever lived have devoted whole lifetimes to try to penetrate what lies beyond that veil. They’ve tried to learn, “What is it that lies on the other side of death?” And five minutes after, you will know.

How often do you say something now and then you wish so much you could take it back?

Recently I shared a meal with a friend. We caught up on our respective summer activities. Then I asked him how he was doing. And he began to share with me about a particular physical ailment that he was experiencing. He said, “Joe, I don’t know how to pray about it. I don’t want to lose my eyesight. I want to continue to work. It really has me…

“I know what you mean about not knowing how to pray about somethings,” I interrupted.

Then I told him a 5-minute story about me. When I was finished he said, “Well, anyway I’m trying figure out how to pray about it and how to be with the reality of my body failing me.”

Our breakfast ended, but that conversation has haunted me. Why did I inject a Joe-story when that man was sharing his heart with me? I failed my friend. Instead of being present with him and entering into his story of confusion and uncertainty, I told him one of my experiences. I thought about it all the way to Denver to celebrate Nette’s birthday with her family. I thought about it while watching the film “War for the Planet of the Apes.” I thought about last night on the drive back from Denver.

I wrote my friend a note asking him to forgive me for not paying attention to his heart by filling up the space between us with my own words. He said he forgave me. 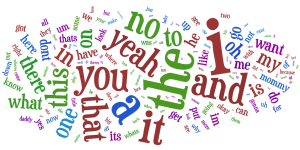 And one of the reasons it will be so wonderful is the promise from the last book of the Bible that describes the truth about the nature of a Christ-follower in heaven, In their mouth no lie was found; they are blameless. Revelation 14:10

Help me to live with the constant awareness that my mouth is either and instrument destruction or a source of encouragement. Your Word says that you have put eternity in the hearts of those who love You, would you put eternity in my mouth? Help me to hold my tongue when I am tempted to impress others with my words. But let it loose, Lord, when I see an opportunity to speak words of life and love.

I am the beloved of the Most High God. I am an avid reader and writer and have been a continuous learner since my college studies in Ancient Literature and English. I live at the base of Mount Princeton in the Colorado Rockies with my wife of over three decades. I believe I have been put here to tell people that God is not mad at them and to show them the way Home. I am the father of three sons, three beautiful daughters-in-law and four grandchildren. I love to read, tell stories, and spend time in the wilderness.
View all posts by Joe Chambers →
This entry was posted in Uncategorized and tagged Christian maturity, grace, Jesus, Mouth, Restoration, Tongue, Words. Bookmark the permalink.

1 Response to The Mouth of a Fool