I Will Change Your Name

I will give a white stone, and on the white stone is written a new name that no one knows except the one who receives it. Revelation 2:17

Nearly thirty years ago I was asked to give a devotional to the Executive Board of our state denomination. It was a high honor for such a young pastor like me. I wrote out what I thought was a touching ten-minute tribute to our Lord, Jesus Christ.

I wanted it to have a powerful ending and decided that I would close the devotion the way one of my preaching heroes, Chuck Swindoll, sometimes would do by starting a familiar chorus and then when the congregation caught on, go sit down.

My first concern was what song did I know that this mostly older group of men would also know that they would recognize and sing along so that I wouldn’t be singing a solo. I decided on a Gaither song that I was confident everyone would know.

My second concern was being able to remember the words and the tune of the song. My brother got all the musical talent in our family. He can sing and play several instruments. I can play the radio.

I stood up and delivered my touching tribute to Jesus and when it came time to close I said, “Now, I want you to bow your heads and close your eyes and join me in singing this song to our Lord.”

Everything was going so well, just according to plan.

Nothing but silence from the men.

“Jesus. Jesus. Jesus.” I sang in the most monotone, flat, off-key voice ever uttered before God and man.

No one could recognize the tune.

Finally, they recognized the words, if not the tune, and finished the song for me as I slunk red-faced to my seat.

My friend, Andy Hornbaker, leaned over to me and said, “I’d don’t believe I’d a done that if I were you.”

Jesus, there’s just something about that name.

I love that place where God named his Son, sending a message to him and to the world what his purpose would be in his life.

…an angel of the Lord appeared to (Joseph) in a dream, saying, “…you shall call His name Jesus, for He will save His people from their sins.” Matthew 1:20-21

Jesus began with his name and purpose untrammeled. Me and you, not so much. We often need a name and course adjustment. It has happened before.

People are always asking, “What am I supposed to be doing.” But there is a question that goes before the “what”…it is the “why” question.

When we fully understand our “why” then the “what” or the “how” comes pretty easy. Years ago, I began to see an emerging pattern in my life of restoration. Then there came a time when I needed my own restoration. I’m even living in a mountain cabin that is in constant need of restoration. My “why” is restoring God’s world, one soul at a time.

I have been restored and restoration is my life’s calling. Whether that is marriages, churches, ministries, or souls. The “how” can take shape in lots of different ways: Storytelling, listening, prayer, writing, teaching, or just sitting with someone as an empathetic witness to what God is doing in their lives.

It has taken years of reflection to notice this pattern. And lots of cul-de-sacs along the way.

A few years ago, my brother and I were having a conversation and he told me about a crisis time in his life. He was struggling with his significance, so he went on a retreat in the mountains. After fasting and praying, he felt as if God revealed to him: “You are my artist.”

I was impressed by that. I wanted that kind of term of endearment from God.

I didn’t go to a mountain cabin and fast, but I prayed and prayed. I wanted to hear from God a word that was so intimate and so unique. I got nothing. That hurt. I felt as if I didn’t measure up and that somehow, I was inadequate; maybe even damaged goods.

Then one evening my wife and I were entertaining friends in our home, and after a wonderful meal, we began to share stories with our friends.

We laughed a lot and cried a little.

Suddenly my wife started to tell a story and then turned to me and said, “You tell it. You’re 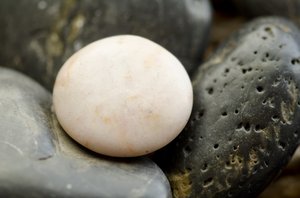 the storyteller.” Later that night I asked God if that was my purpose. Was I his storyteller? I got a deep sensation that seemed to say, “No.”

Then I felt that He said, “You are the story.”

God is writing a story out of my life and I get to tell about it. How amazing is that?

Author Ann Voscamp tells the story of a…

Tribe in Africa called the Himba, and when a woman of the Himba tribe knows she is pregnant, she goes out into the wilderness with a few friends and together they wait till they hear the song of the child to come.

Because they know that every heart has its own unique beat … it’s own wild purpose. And when the women attune to the song of the coming child, they sing it out loud.

And then they return to the tribe and teach this child’s unique song to everyone else.

To the African tribe there is one other occasion upon which the villagers sing to the child. If at any time during his or her life, the person commits sins, falls short, or loses her way, the individual is called to the centre of the village and the people in the community form a circle around them. Then they sing their song to them.

I don’t know anyone who doesn’t want a new name at some deep level. The good news is that you have one. You are the Beloved of God.

Let this old song wash over you for a couple of minutes:

There’s just something about that name.

I am the beloved of the Most High God. I am an avid reader and writer and have been a continuous learner since my college studies in Ancient Literature and English. I live at the base of Mount Princeton in the Colorado Rockies with my wife of over three decades. I believe I have been put here to tell people that God is not mad at them and to show them the way Home. I am the father of three sons, three beautiful daughters-in-law and four grandchildren. I love to read, tell stories, and spend time in the wilderness.
View all posts by Joe Chambers →
This entry was posted in Uncategorized and tagged beloved of God, Identity, Name, Restoration, soul care. Bookmark the permalink.